What is Cost of Living?

Cost of living is the amount of money needed for one to be able to sustain a certain standard of living in a specific location by being able to afford basic expenses, such as housing, food, transportation, healthcare, and taxes. This type of information can be of great use for you if you are planning to move to a new city, state, or country, and would like to know if you can afford the relocation.

Agencies calculate the cost of living of various locations by selecting a representative sample of goods and services, checking their prices, and taking into account how each of these items affect one’s budget on an annual basis. Each item’s price is weighted based on its relevance to a typical family’s budget. As an index, the cost of living of the primary location is always set at 100, while the values for the locations being compared to it may be higher or lower, depending on whether the cost of goods and services in these areas are more expensive or cheaper relative to those of the primary location.

If you have plans to relocate to Santa Cruz, CA, it would be advantageous for you to check the cost of living here and compare it with that of your current location. The table below has been prepared to help you determine the affordability of this city and how living here would affect your budget. In this table, you will see the most recent cost of living indexes for Santa Cruz, as well as the indexes for the state of California and the United States. As you can see, the primary location in this table is the United States, which explains why all of the values under this are set at 100, while the values under Santa Cruz and California are higher or lower than 100, as these are based on the actual values of the basic expenses in these areas.

As you can see from the table above, the overall cost of living index in Santa Cruz, California is 221.1 –52.5 points higher than California’s index and 121.1 points higher than the national index. From these figures, you can infer that Santa Cruz residents, in general, pay 121.1% more on basic expenses compared to the rest of the nation and 52.2% more relative to the rest of the state.

Some of the basic services in Santa Cruz cost the same as the rest of the United States, such as going to see a movie, which costs around $12 per seat. Renting a tennis court for the weekend, though, is cheaper in this city compare to the national level, with an hourly rate of $10, which is $5 lower than the national average of $15. A fitness club membership can be quite expensive in Santa Cruz, at an average monthly fee of $60.44, while the national average is $35.85.

Generally, the cost of basic utilities for an 85 square meter apartmentin Santa Cruz average $131.3. This amount includes costs for electricity, heating, cooling, water, and garbage. Relative to the national average of $$151.86, this is lower by $20. For internet, the average cost for at least 60 Mbps is $62.88, and this is about the same as the national average.

Cost of Food and Groceries in Santa Cruz, CA

The income tax rates in the Golden State are some of the highest in the nation, ranging from 1% to 13.3%, and a 1% surcharge is imposed on taxable incomes of $1 million or more. California’s standard deduction per person, however, is fairly decent at $4,236. The minimum combined state, county, and local sales and use tax rate is 7.5%. The effective property tax rate 0.76% as of 2018, which ranks as the 16th lowest in the nation.

If you are considering a move to the city of Santa Cruz, we hope that the information we shared about the cost of living in this city has helped you assess how relocating to this area would affect your budget. And, if you are interested in buying a home here, I can help you explore all your best options given your lifestyle and budget. Please feel free to give me a call at (831) 661-5591 or send me an email at [email protected]. 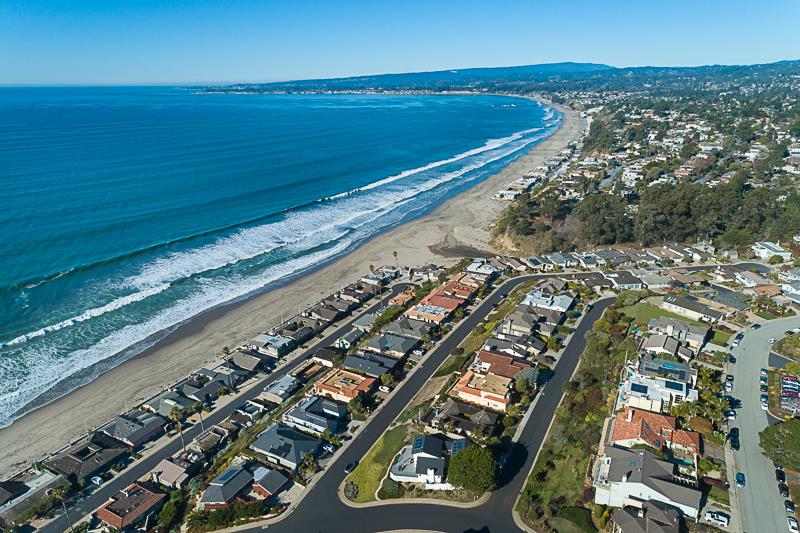